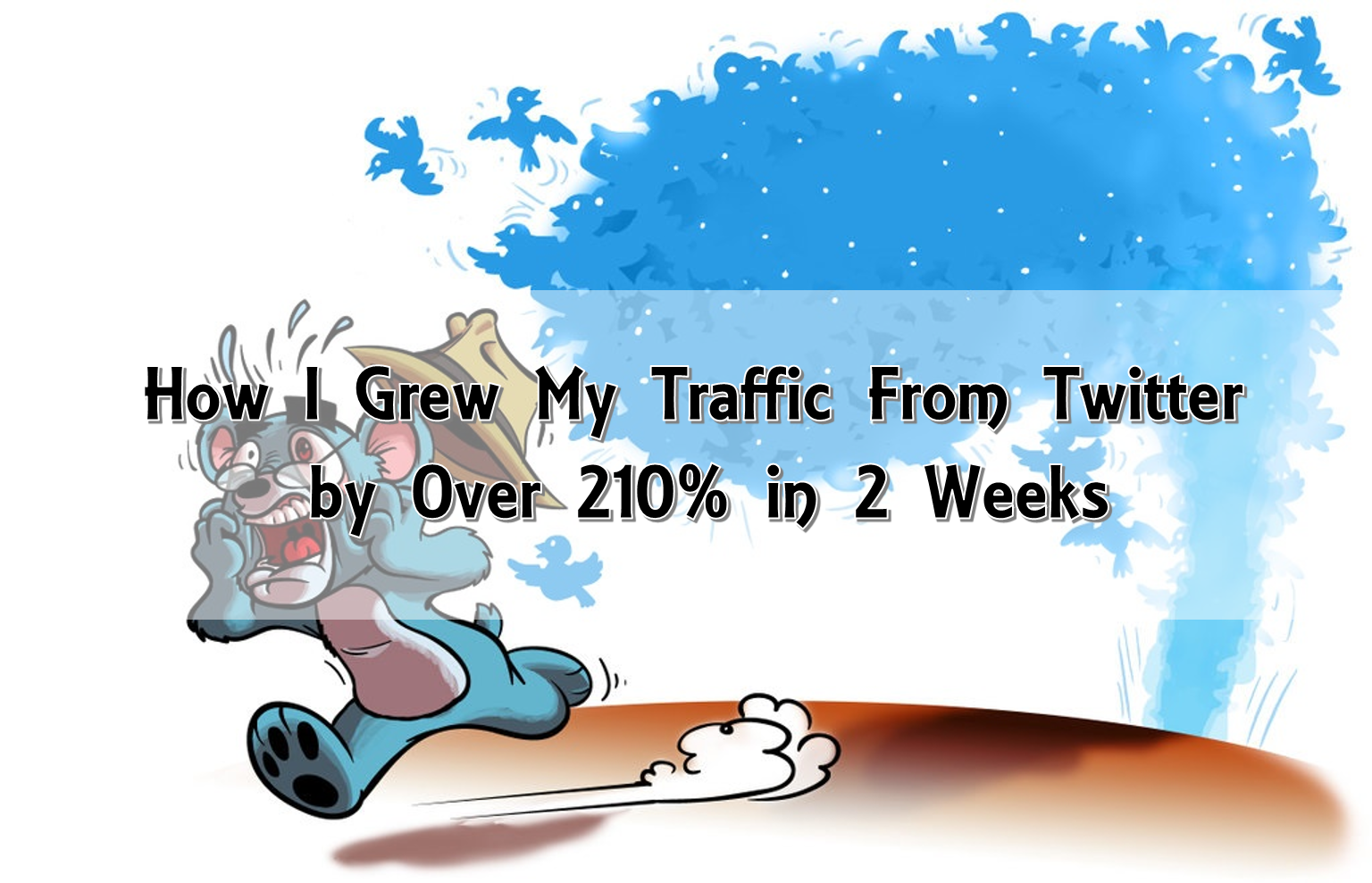 I'll be showing you how you can Tweet more than 140 characters with this handy Twitter trick, as well as get more impressions per Tweet, and at different times!

I have since found that this has been covered before, but only very briefly, and to not much attention. I think it’s one of the most powerful marketing techniques you can do on Twitter, and considering I follow over 130 internet marketers (supposedly some of the best in the world) and only 1 person I’ve seen actually utilize this for effective marketing.. Well, I think it should be re-covered.

As I’m in the middle of re-branding, moving everything under one roof, this roof.. I thought I’d giveaway a pretty hidden secret that I stumbled upon recently, something that’s grown my Twitter traffic by over 210% in just 2 weeks! –

I came across this discovery after scrolling through my timeline and stumbling upon various tweeters replying to their own posts. I don’t think they were doing this on purpose, but it was more to update those who had seen the previous tweet about what had happened/what was the end result of the previous tweet.

However, I did notice that one specific account (I sent an email asking if I could feature them in this article, but I had no reply, I’ll see if I get one) had managed to get a TON more followers in a single day from one tweet, or be it, focused around one tweet.

So, I hit up a good marketing buddy of mine and we got to testing.

Essentially, how it works, is if you have an old tweet (from our testing, it can be as old as 3 days ago) then you reply to that tweet and it’ll display both tweets in your followers timelines, here’s an example of this in action:

First thing you should of noticed is that Moz tweeted 35 minutes ago, yet the tweet displaying #1 is from 4 hours ago, the one just below that.. 23 minutes ago.

It doesn’t just stop there though, it actually has multiple layers to it.. Meaning you can do this with more than just TWO tweets – When I tested the above tweet, it was around 4am GMT (Sunday rolling into Monday). Normally for this period of time, I’d be getting about 30 – 50 impressions. I hit over 250 for the top tweet –

I also ran another quick test, replying to my own tweet from 3 days prior, and.. It worked –

If someone is following 2 accounts, you can also see a sort of “Highlighted” tweets reel from a conversation between the accounts you’re following, as an example: Note the “3 more replies” part, it seems Twitter’s algo highlights the best Tweets from the conversation. Though, if you owned say a personal account and a business account, a great way to highlight your businesses (or vice versa) tweets to followers of both, would be to have a scripted conversation with both accounts.

[well]Note: I successfully tested this technique on over 20 different Twitter accounts. Though I only used one for the print screens within this article.[/well]