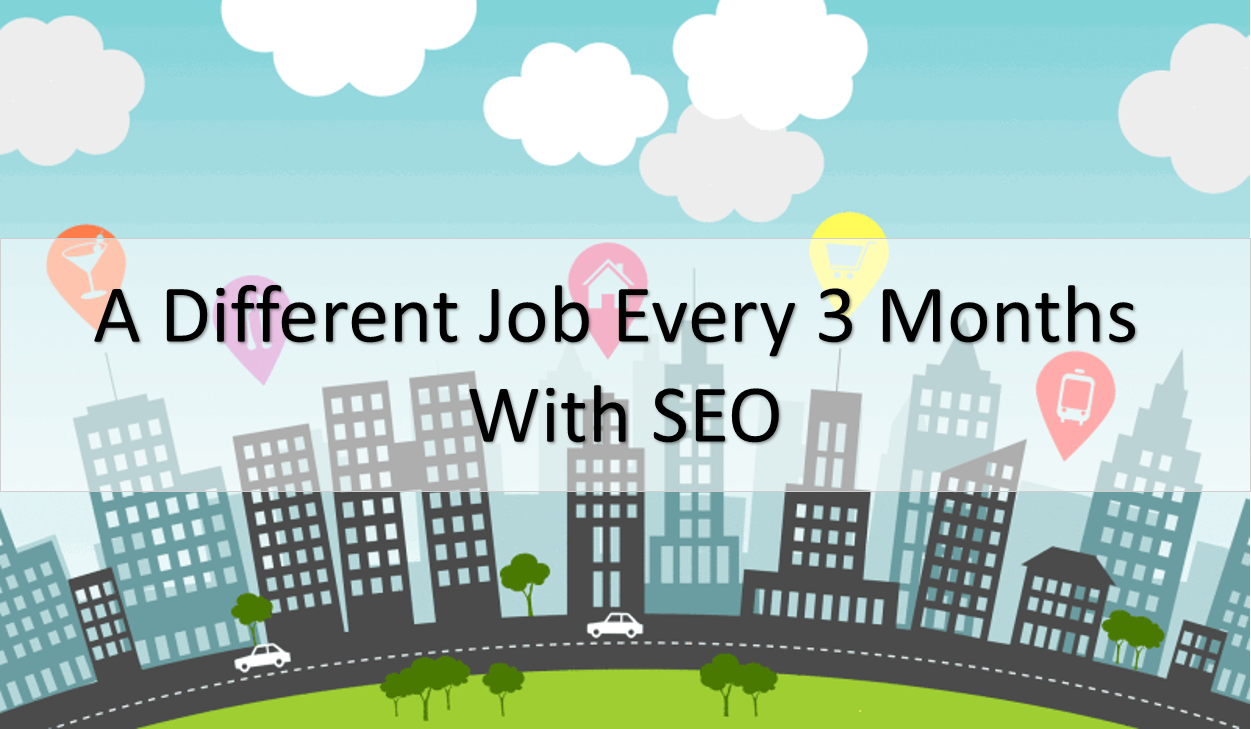 In the first Interview I do on this blog, I'll be interviewing a fulltime SEO who does a different job every 3 months, using the power of local SERP rankings.

This is the first ever interview I’ve done on this blog, and there’ll be more coming soon.

Signup to my Newsletter for weekly updates.

For reasons that’ll become clear later on in the post, this person wishes to remain anonymous (like the Gaming Reddit post posted recently) and so for the rest of this interview, we’ll be calling him “Mr. X”.

I didn’t send Mr. X a list of questions, I decided it’d be best to have a phone call with him, so I sat down at my office chair and literally did not move for over an hour.. Gripped by this guys pretty incredible story.

Firstly, he’s a British SEO (though doesn’t necessarily live in the UK anymore) “that’s been in the game for over 6 years, worked for agencies, freelance, affiliate and pretty much every other corner of the industry as well”. He’s in between the ages of 30 and 50, has a nice looking Mercedes AMG, is divorced and “loves travelling”.

In 2013 and 2014, Mr X’s main focus was local lead generation, focusing on renting out sites he made and ranked to businesses in high profit per lead scenarios. He was renting out a website in a particular trade, he had a Google verified listing and noticed that every few weeks the page would start getting bad reviews, a long with various other citations he’d built for the site picking up negative reviews. It turned out that he’d been renting the site out to a cowboy, someone was taking people’s money and either doing limited hours compared to what people had paid for, or just flat out not doing the work what so ever.

Feeling bad, and in a position of security (as he’d gotten to the point of renting out tens of these sites) he decided to divert the phone number and email back to his own accounts, and inform Mr. Cowboy that he would no longer be fulfilling his leads.

His phone was ringing 4 times a day, he’d get multiple form submissions and emails a day.. But had nothing to do with them, and was wary of the industry he’d let himself get involved with.

This specific industry (Life & Fitness Coaching) didn’t really have any other people in his local area, so (and this is no joke) he bought a book. He then went on a one week information binge, absorbing as many YouTube videos, blog posts and free email courses he could get his hands on. He uploaded an old head shot to the website, changed up the pages to suit his “style” and changed the site to be more focused on life coaching, as he wasn’t exactly a gym freak.

2 months into his life coaching business, and he’d worked with 15 different people. Whilst his lead generation sites in the background were working earning money month after month from a 3 hour/week time investment, he was out-pricing the competition, meeting new people and learning about a brand new industry.

He was starting to get a bit bored of it, having to speak to the same people everyday, and someone from a competitor had approached him about the site. So, he hung up his shiny suit, teeth whiteners and every other bit of kit to make him look like his life was AWESOME, and went on the hunt for a new field to work in.. but there were a few complications:

So, with all these complications, he spent a few weeks working on the following:

What’s He Been Doing The Last 3 Months?

Being a Private Investigator. Quite fitting for the release of Jessica Jones, don’t you think?

He’s also perfected his lead generation sites, using tools like SERP Shaker and hiring out a team of VAs, including support line VAs so he no longer has to deal with the leads themselves.