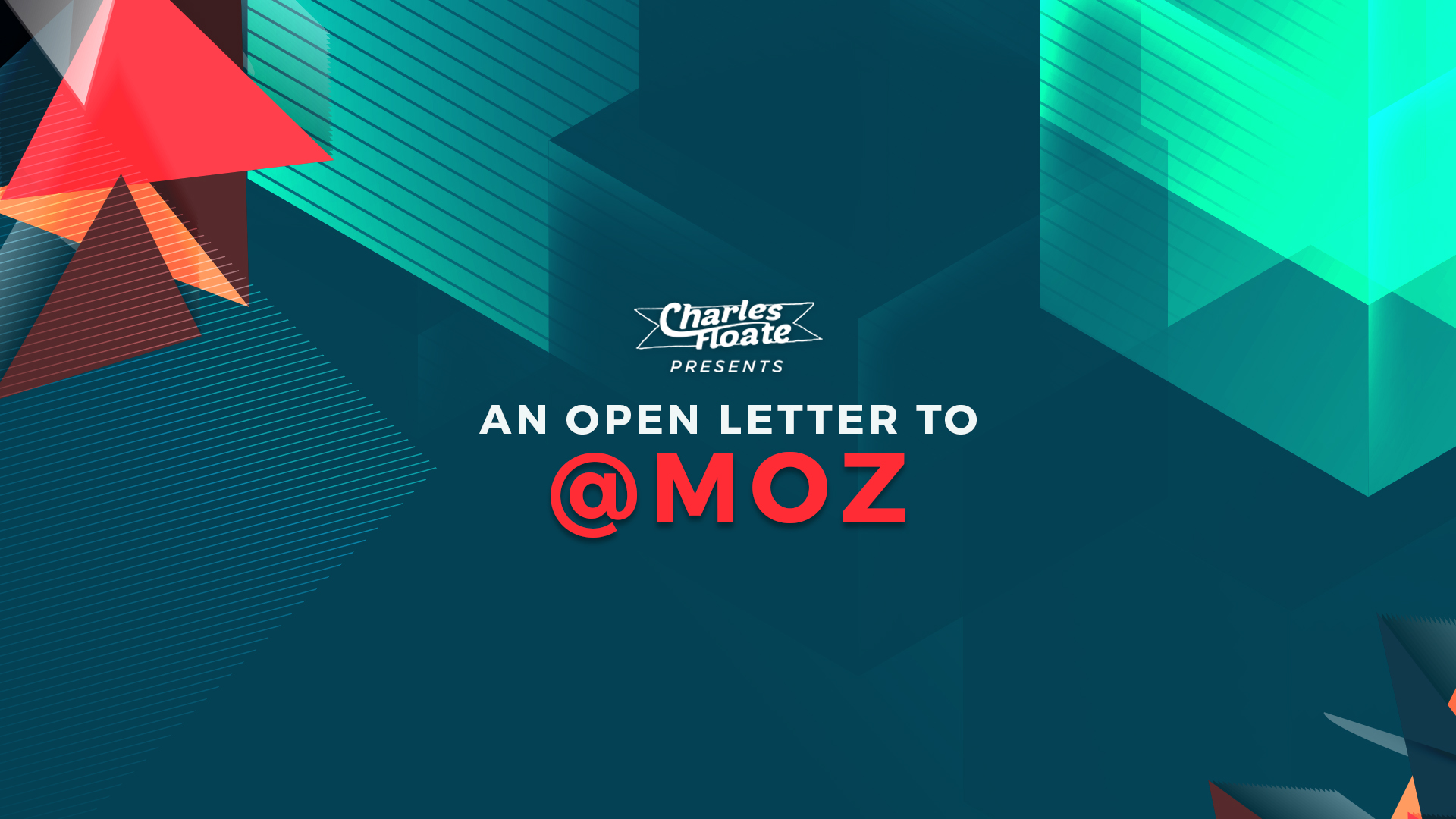 An Open Letter To @Moz

I'll be discussing why Moz has taken a turn for the worst, in my opinion and their recent layoffs of over a quarter of their staff team.

An Open Letter To @Moz

In the past few weeks it’s come to my attention that you’ve been laying off staff in your community and content departments. Though your official reason is a “re-focus” I’m not sure that’s the whole truth.

In my eyes, as an SEO fanatic, not a content marketer, not a brand manager, an SEO… You’ve been going down hill.

Not only have you been neglecting a HUGE portion of the people who got you to where you are today, but you’ve been almost criminal in your cult like attitude to that of a warped ethical standpoint that anything Google says is the word of god. So much so, that you’ve been ignoring or downright lying when it comes to what actually works.

Gone are the days of trial and error, and instead you opt for the rules Google have written and the words of those that have been hired to enforce it. Not those that are in the front lines, actually doing the work.

This is not something that has been recently happening, it’s been transforming the company for years and taking it down a slippery slope. Just 6 years ago you were running trials on buying links, and guess what happened? You didn’t get penalized, in fact.. It worked.

This kind of testing, pushing the boundaries and working for the common man have been thrown out the window. Instead, opt’ing to listen to those that have been disproven time and time again.

In an email, one of your editors once said “We do not cover anything on the blog that is in violation of Google’s guidelines” – This show’s how ridiculous the zombie-like following of everything Google says has in fact damaged your core values. Not shedding light on what works, in favour of shedding it to what Google wants does not help your end user, it helps Google, and in the end… Seemingly has not helped your business.

Your tools are also in a state of disarray.

Open site explorer’s former glory has seen it’s haydays, with the most I’ve seen it used for recently (outside of the Moz blog) is giving the DA of a link someone is trying to sell, out of force of habit. Your index size, update speed and interface for the tool has been outclassed, outscaled and out done by almost every competitor on the market. Sheesh, even SEMRush have been showing more referring domains than you have from tests. Ahrefs & Majestic are in a whole other league.

Your OnPage audit tool hasn’t really been improved or majorly updated in years, and just like OSE has been completely outclassed by a number of desktop & browser based tools. A lot of them you can get for free, albeit limited usage available.

What ever happened to FollowerWonk? Your tool teams bear minimum attitude has meant you’ve once again been outdone by those willing to go further, and faster.

Your keyword research tool returns poor results, Moz Local can’t seemingly pick up a businesses name correctly to save it’s life, your content auditor get’s outclassed by the default Yoast plugin, your rank tracker is too slow in comparison to others on the market and the only thing keeping you from being a complete waste of time is the small(ish) fee’s you charge every month for such a wide array of tools. It’s just a shame about 90% of those tools can be outclassed by most of the free, or more affordable options available.

The only reason you have such glistening testimonials on your Pro page from such big names, is because 2 paragraphs of hypey BS is worth a dofollow link from your site.

You have a bumpy ride ahead if you want to compete with the likes of Ahrefs now, who have made waves of tool advances that have left you in the dust. Along with their very open, data-driven approach to content, which has gained them favour from all sides of the SEO industry. Rather than the small cult you’ve created, alienating segments of the community, Ahrefs has shown to look at what works, not what is seen as good for the enterprise level, whilst ignoring the realism of the smaller guys.

Your elaborate posts on technical content re-shapeing aren’t going to work for a 5 page mom & pop business, and that’s exactly your problem. You are trying so hard to cater to the big guys, when you can’t supply the big data effectively.

Do one or the other, or succeed a lot more by doing both.

I wish you the best of luck.