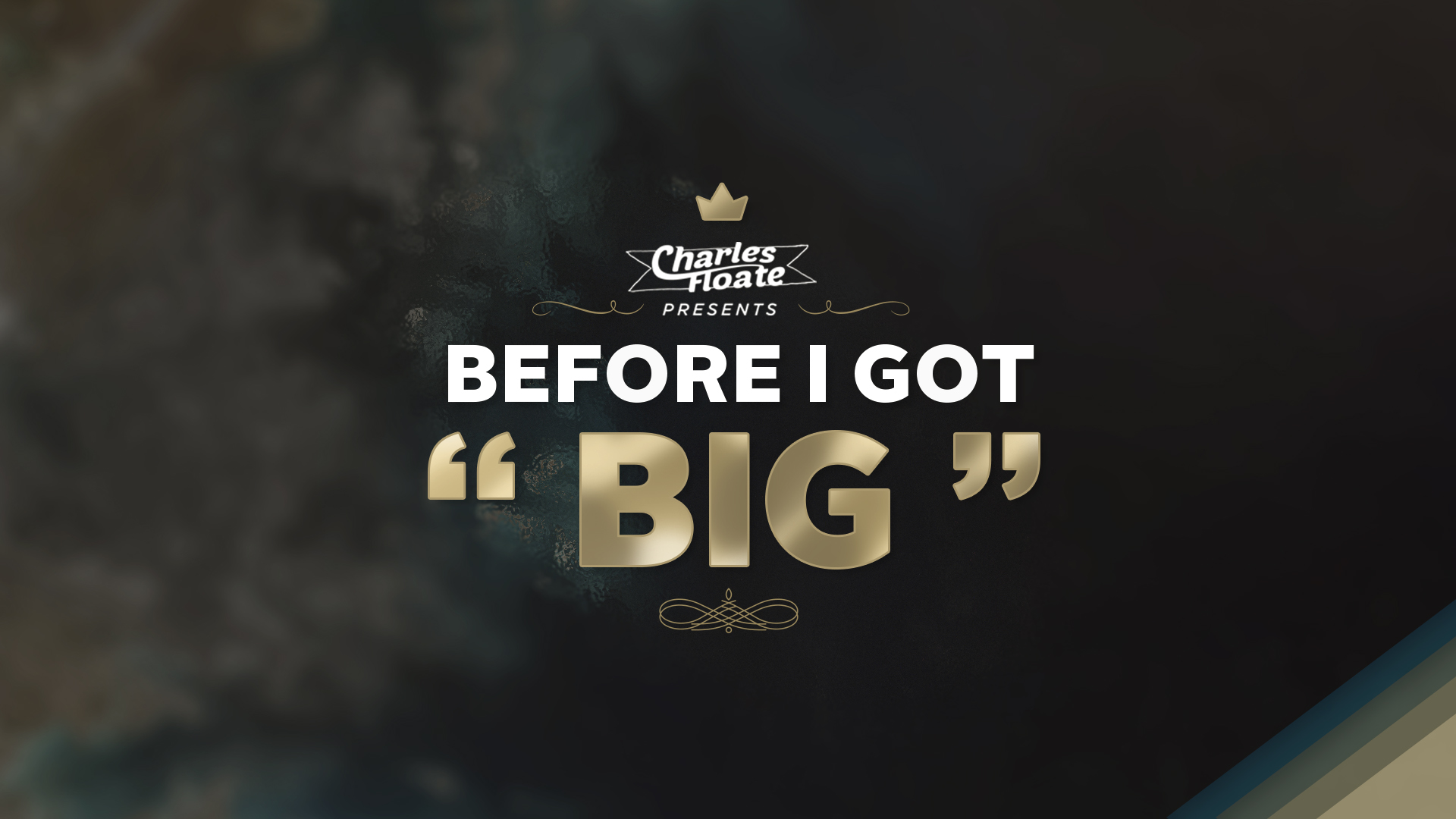 Before I Got “Big” & The Mistakes That Got Me There

I'll be going through the starting steps in my career, the mistakes I made along the way and lessons I learned that can help you with yours.

Before I Got “Big” & The Mistakes That Got Me There

This post is a bit more of a story post, giving you some background to how I grew my career and hopefully some help with learning experiences and mistakes I made for your career.

I recently did an interview with LionZeal –

In this interview, I talked about my “rise” to popularity, and how I grew my SEO business from nothing.. This lead several people to have a ton of followup questions about starting out and the best ways to go about it. I thought I’d elaborate on this and tell you exactly how I got big, and some lessons I (and others) learned along the way.

This post isn’t just for those in the SEO space, it can be translated to almost any industry or internet entrepreneur that’s just getting started. I made a LOT of mistakes (as everyone does) along the way.. and it’s what molded my career.

Success consists of going from failure to failure without loss of enthusiasm.

Before we get into it, I just want to give a big shoutout to James Gregory in this post, James is someone I started mentoring back in 2013 and has become a powerhouse in the industry, now dominating international casino terms.

In my early teens I met Todd, who’s been my SEO mentor.. An ex-rugby playing British friendly giant, I met Todd on some underground gaming forum where he was re-selling Fiverr backlink packages for 3 times the price, with huge success.

We got to talking via Skype, I bought some links off him and played some video games together before eventually getting into 2 business ventures. The rewards seemed like fortunes to bedroom dwelling high school students.

The first venture we did was adsense sites. Coming up with longtails (120 to 880 MS Keywords) of pop culture references such as (and this is one of the legitimate sites we made) “Harry Potter Tattoos” – You’d be surprised to learn that a $150 auto-generated site, with an SENuke blast back in the day could earn hundreds of dollars, each, per week… We were making too much money, and had too many sites for Google to ever want to ban us in their growth era.

I bought my first high spec gaming PC, invested in a Starcraft 2 clan (which I eventually sold to one of the biggest gaming organizations in the US) which won several tournaments in the UK and in online EU tournaments.

As I faded away from the SEO scene and more and more into video games, I started making YouTube videos for fun. I quickly gained a few hundred subscribers, pumping out a new video a day within a month I’d hit over 300,000 views and in 2011 – 2012, monetizing YouTube views was worth a LOT more than it is now.

I brought Todd in and we started a fresh channel. We started off by making a few of our own videos, whilst in the backround hiring “directors” of other gaming channels with 200 – 5,000 subscribers to make videos for us. Mostly other teenagers who’d be happy to get $5 – $30 per video, we could then translate that into thousands and tens of thousands of views, getting us a 200 – 800% return, whilst also growing our own subscriber count and brand.

YouTube kept on changing things and the site grew at an exponential rate, whilst the technology to deliver the content become cheaper and as such, the commission you got paid on ads fell.

We decided to quit the YouTube business, right around the time I got kicked out of school.

So my Mum screaming at me, my teachers saying I was throwing my life away by not going to school and a fat cheque from adsense sitting on my desk.. I sat down, looked on Gumtree (the equivalent to Craigslist) in the UK for some jobs local to me, applied for several, got interviewed at all of them and chose a company pretty close to me.

I needed to have money, whilst learning SEO again, properly and access to tools that’d costs hundreds, if not thousands of pounds.. Per month.

I spent the next few months reading every moment I could, I even got the #1 commenter on Moz that year. Whilst I was learning, I spent time implementing small OnPage changes and new link building techniques I’d learn on the clients I was given, to great success.

After I saw a post by Matthew Barby on the Moz blog, I PM’d him to organize a meet as I noticed he worked in the same area as my office. We met up for what seemed like 30 mins, and was actually more like 2 hours.. He offered me a position at the agency he was working at (where he was the manager) and I accepted his offer, and jumping aboard a new ship about a week later.

I spent a lot of time learning how to do outreach, using tools like BuzzSumo and BuzzStream, whilst also showing Matt some of the more black hat stuff as well – It was a good mix.

I then met a guy called Kennan Clark, New Yorker, has an agency on Broadway who showed me how to do spam (properly) and we started creating these vast link building campaigns to go after keywords for all sorts of things – At one point we were ranking #1 for “new york seo”, “buy twitter followers”, “buy instagram followers”, “SEO UK” and a bunch of other terms, all within a weeks work. We just out linked people.

I then got influenced by Matt’s posts on Moz to start writing my own, more detailed posts. I already had thrown together a few pieces on the GodOfSEO.co domain, after following Matthew Woodward’s how to build a blog tutorial. So I decided to hire a developer to re-design the site, and started staying up until 4am to work on blog posts.

Note: Something that James Gregory suggested in my Facebook group:

I could of very easily done something along these lines with both of the agencies I left, but it wouldn’t of been a student becoming the master moment now, would it?

My blog quickly outgrew the income I could make at an agency, and with my JVs with people growing and some family stuff happen, I decided it was time to leave the agency life and go it alone.

I wrote my E-Commerce guest post on Matt Woodward’s blog within the first 2 weeks of leaving, and it was an instantaneous hit. I signed on several new clients, all over £1k/month and found new people to partner with, whilst also growing an audience to my blog.

Doing My Own Thing

It was from here that I could of made a lot better options.

I should of stayed laser focused on one thing, instead of trying to do a whole bunch of stuff at once – Run a small, cheap SEO course, selling a PBN link service, offering client SEO, consulting and JV’ing with too many people – This meant I became laid back in what I could actually accomplish.. I wasn’t anywhere near the level of what I am at now, because now I do “block focuses” – I spend a set amount of time working on a particular task, 1 week, for example, may be dedicated to creating a load of blog posts, the next could be videos and course or info product content, the next an affiliate site and so on.. It means you get a lot more ROI from the time you input, and you become very well known for specific things and a higher quality of work.

Note: You can have a read of my productivity hacks here:

How I’m So Productive

I had a slip up for just under a year in which I wasn’t allowed to work due to being under investigation for hacking offences, and once I came out the other end, didn’t have much capital.

What I did have though, was an increased ability at writing (as I’d spent a LOT of the internet ban, writing my thoughts out in Notepads) and a knowledge beyond anyone else – I literally had people printing out every article they could find for SEO and reading them, I’d read 30 posts a week, on A4 sheets of paper.

I came back, and initially started writing blog posts to get my traction back. I then offered consulting services to gain some initial 100% capital and invested ALL of it into affiliate sites. I grew those, and wrote a premium eBook whilst blogging throughout December to continually grow my audience – One thing I wish I had done, was setup some kind of guest posting campaign as since being back I haven’t done a single guest post.

My eBook flew off the shelves, quickly doing over 100 copies and I decided whilst working in the background, I’d invest all that money into a full blown course. Once I had shell of the course completed, I opened it for pre-orders and had my developers working around the clock to make it the best it could be, whilst promoting my site as much as possible and doing ad campaigns to grow my email list – Which has grown by over 10,000 people in just 7 months time… Blog post?

I slowed down my consultancy, cut down the number of sites I owned and invested my earnings into growing out the select few sites I did have in a really white hat way – They’d gotten to where they were (thousands or tens of thousands per month) the black hat way, and I wanted true, long term passive income… So I started deleting PBN links and doing content marketing campaigns, and infographic submissions *hint, hint*

And there we have it… We’re all caught up with where I’m at, and where I came from.. I hope this gave you a few helpful tips along the way and enlightened you on my own experiences.

I hope you enjoyed this post, it’s a bit different from what I normally put out. I have a TON of content on the way though, so stay tuned and make sure you join my email list below.

Drop a comment with your experiences, either if you’re just starting out yourself or have been in the game for a few years already.