I'll be going through some of the SEOs that I recommend following. SEOs that are actually in the SERPs, whilst also sharing some pretty valuable information. 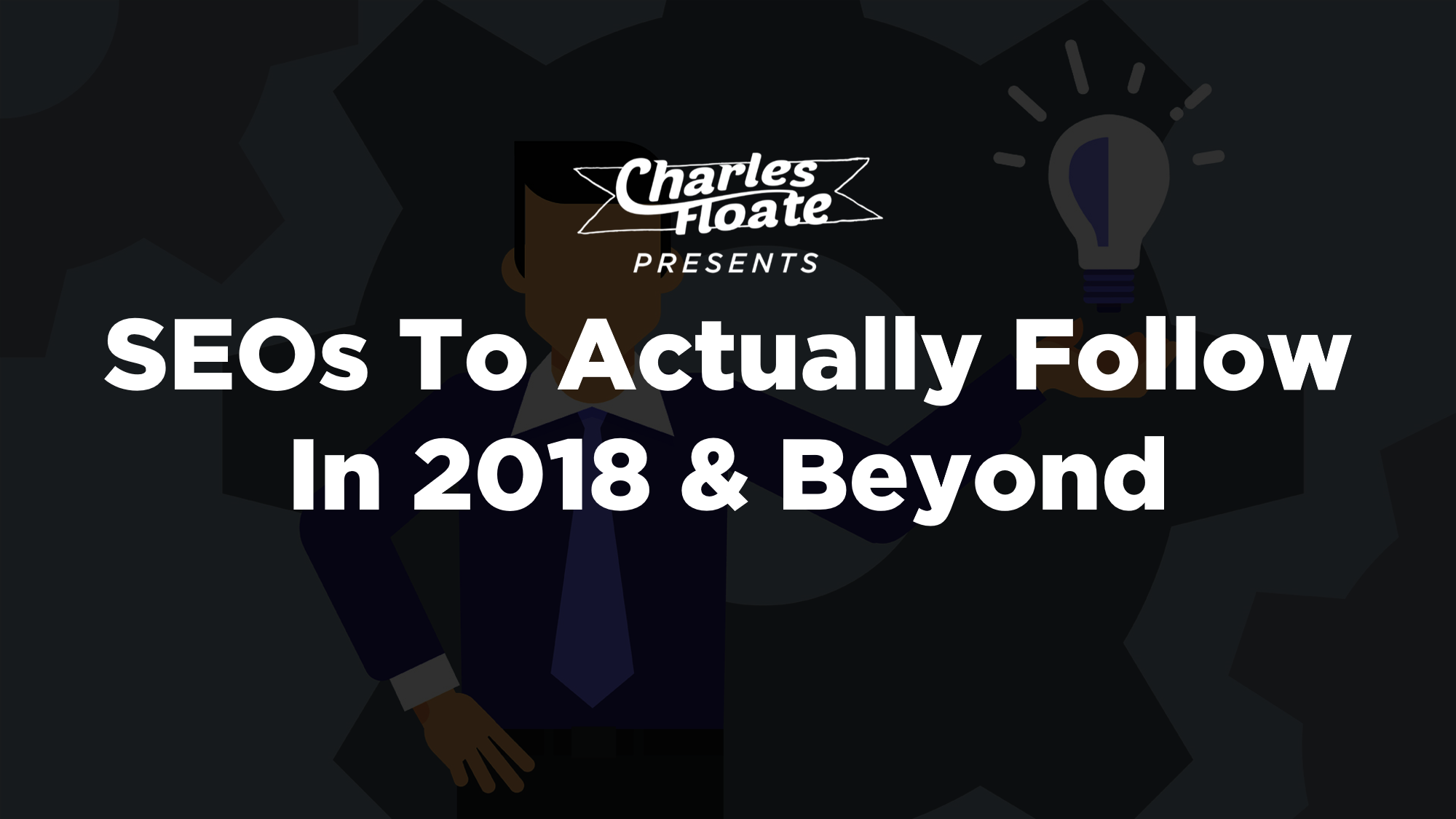 It’s hard to find knowledgeable people in the industry that are also willing to share information, however small it may be. I would say there are under 250 people in the entire world that have a good enough knowledge of SEO, to put together an entire SEO campaign that can be executed in competitive SERPs to quick success.

There’s a lot of bullsh*t out there, a lot of misinterpretation and an overall lack of technical knowledge. This post should give you a few more people, beside myself (and probably Matt Diggity, at this point) that you can follow too.

I’ll be covering some names you do know, and hopefully don’t know.

I’ll try to link to the places they’re the most active on, as well as their own sites/communities. These are in no particular order, sorry for the lack of images on some of these folks.

Note: You can also check out my Twitter here. Ryan’s addiction to creating highly valuable content grew his agency from the ground up, an agency that was recently acquired by another member on this list, Nick Eubanks.

Ryan is one of very few complete white hats that I have the utmost respect for. His processes and automation of normally complex and plain boring white hat tasks are phenomenal, and it’s no wonder he’s been so successful in the past few years of what seemed to be a meteoric rise in the industry.

His stance on link building has served him well, and he’s shown time & time again that he can launch large scale, highly successful outreach campaigns for both his own sites and his clients sites.

I’m sure he’s looking forward to growing under his new partnership.

Andrew’s knowledge of technical SEO and specifically server log analysis may be unparalleled in the industry.

He’s worked (and is still working) with some of the UK’s biggest brands and has routinely grown sites in competitive niches to truly dominate SERPs – I know, because 2 of our clients are competing in the same industry.

His recent post on Server Log Analysis on SEO Institute is a must read for anyone looking to up their technical SEO game. Despite not being in the spotlight much, James competes for some of the UK’s biggest keywords. Even though he has just been stuck to scaling content & links for many years, and been very good at it.. He’s always looked to gain and share knowledge, and corrupted the souls of many an SEO at conference after (or before) parties.

If you’re in the UK gambling or construction niches, you’re likely competing with James somewhere along the lines. I respect that James knows he’s not super technical, and sometimes finds it hard to adapt to certain topics, so he delegates to people who are experts in those fields and has found great success in doing so.

If you catch him at a conference, make sure to say hello.

Three of the industries best minds all rolled into one training based Slack community. Even if you aren’t in the $99/Mo group, I highly recommend following all of these guys.

Nick’s money hat motto has seen him go from strength to strength and is now the head of one of the world’s best SEO agencies. So much so that he’s been on a recent acquisition rampage of a few other competing agencies, allowing him to scale even further.

I actually got my first taste of real white hat SEO when I started working with Matt back in 2012. It’s been a long journey since, but he’s now the Head of SEO at HubSpot and speaks across the world. Matt has always been great at systematization, delegation and his background in more technical aspects of computing has helped him massively in corporate SEO.

Ian is an SEO realist, and I like that he uses mixture of techniques for an array of different things. Craig’s no BS attitude has earned him a reputation in the SEO community. His recent speak at BrightonSEO was the first ever that talked about genuine usage of non-white hat tactics, specifically the risks and uses of private blog networks.

He lives in what could be easily called a castle near Loch Lomond, Scotland. He runs a small agency with pre-existing clients, works a lot with SEMRush and does consulting & training across the UK.

He has a ton of his talks on YouTube and does regular webinars with the SEMRush crew.

I really enjoyed his recent talk on the differences between white hat & black hat, and what you should be really doing –

I recommend showing this video to anyone saying their specific style of SEO is in somehow the best. Should shut up the {white|black} hats pretty quickly. Paul’s been in the industry for a long time and specializes in technical SEO. He’s got a really good intricate knowledge of a lot of specialty SEO topics and has produced some of the best guides out there on them.

He recently corrected me on the TF*IDF passage in my ECommerce SEO blog post, which I also appreciated.

He runs a technical SEO conference in Boston which uploaded all of the videos for free on YouTube.

He’s also the owner of /r/bigseo, the biggest SEO subreddit. Previously a veterinarian, Marie quickly turned into an SEO expert that specializes in penalty removal. Likely the world’s leading experts on the topic, she’s managed to remove both algorithmic and manual penalties from countless websites.

She runs one of the best publications in the SEO community, Search News You Can Use – Which does fortnightly updates on the latest SEO news and trends, that actually matter. It’s great for anyone who wants the latest, up to date info in SEO, without having to go through 100s of fluff pieces on the main “SEO News” publications, which seem to be mostly timelines of Tweets from Google employees now-a-days.

She also happens to be an extremely nice person, and I had the honor of meeting her at a meetup she hosted in Ottawa in 2014. Again, one of the oldest names in modern SEO.. Martin is the former head of SEO at Expedia and currently runs MOGMedia.

He’s stayed routinely relevant in the SEO community and has explained gone into detail on some of the most interesting events to ever happen in the SEO industry. Including one of my personal favourites, the Interflora SEO Penalty which hit on valentines day, yes, ouch. A former Moz employee, and one of the very few I get along with. He now runs his own SEO Consultancy.

Cyrus is a very knowledgeable SEO that isn’t scared of running extreme experimentation.

In my opinion, Cyrus has THE best SEO Twitter out there, even if he calls it a top 10 in his bio. He’s routinely sharing great content from across the industry, and some of his own findings in the SERPs and his own research.

Again, also happens to be an extremely nice chap. Looking forward to getting to finally meet him at one of the conferences I’ll be attending this year, or next.

It’s no industry secret that the Ahrefs blogging team has taken over the scene. They’ve been outclassing Moz on most fronts due to their data driven approach to SEO data, rather than the extreme lengths that Moz goes to in protecting Google’s guidelines.

Both Tim and Joshua put out absolutely stellar content across the different aspects of SEO. They have the data points and scraping power of Ahrefs behind them to put out some of the most interesting case studies out there. I always appreciate the anchor text case studies they do, I’d like to see it updated once every 3-6 months, though. *Nod*

There are a fair few SEOs out there that showcase real ability, but don’t get the credit they deserve. I recommend following all of the below as well, even if I haven’t given them their own shiny segment.

I can tell you that everyone featured in this blog post is actively ranking sites, and actively making good money as a result.

I hope you enjoyed the post, and picked up some new faces to follow. Don’t forget to join my SEO Newsletter in the sidebar on the right.

I do realize that this seems very UK focused.. But it seems the UK produces a lot of the best SEOs out there. 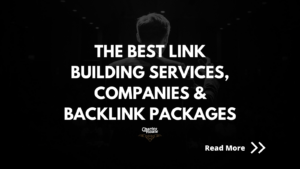 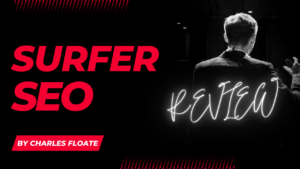 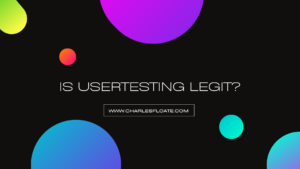 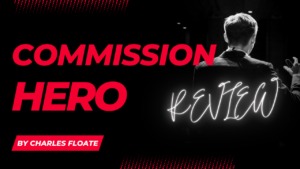