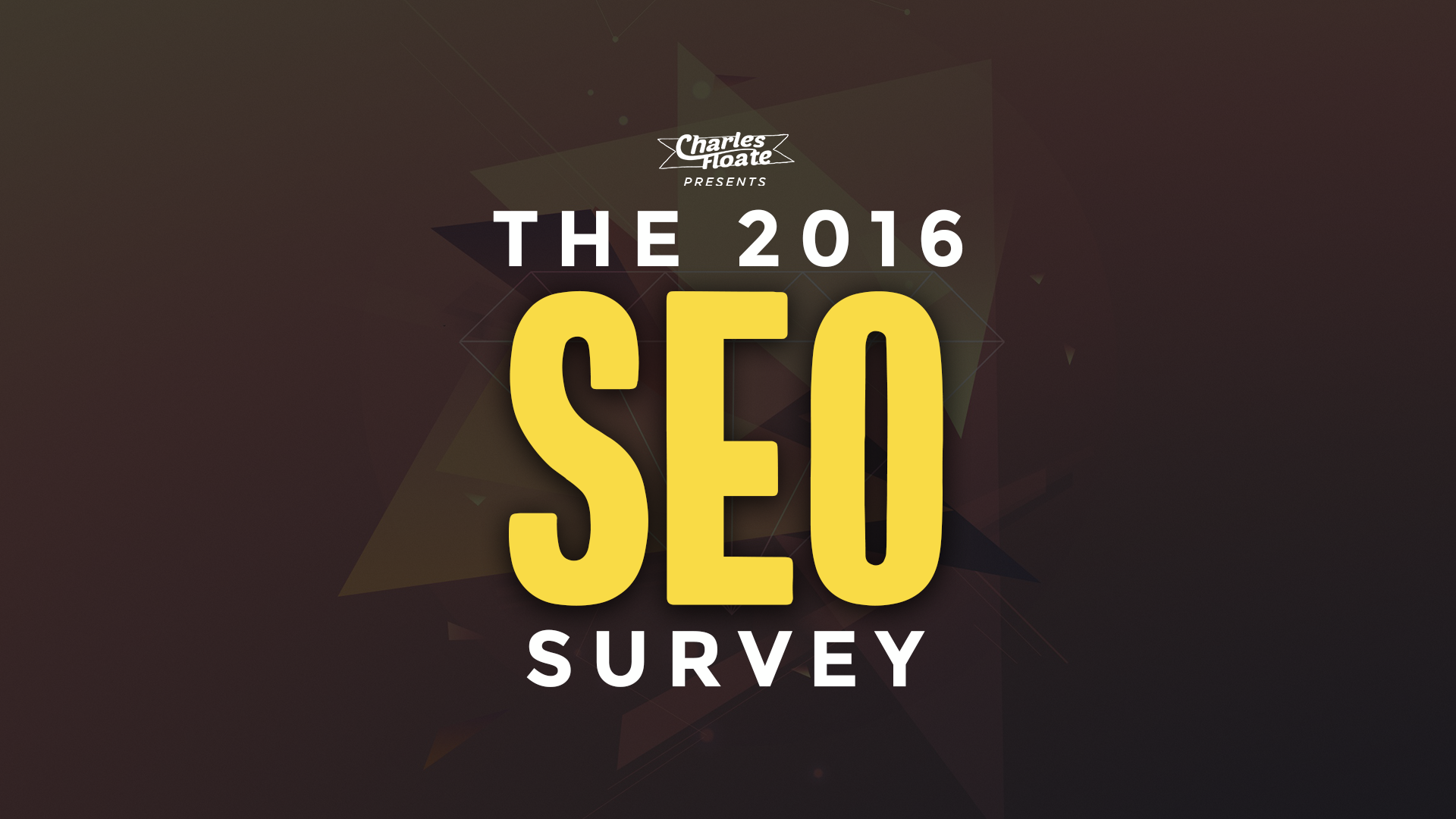 Once again, we're back surveying over 300 SEOs for their opinions on the future of SEO and to ask the inevitable question: Who makes the most money?

Once again, I’ve sent out a small-ish survey asking SEOs from around the world a series of questions to try and get a better understanding of our industry. This year, we’ve managed to get a grand total of 325 SEOs input.. That’s over double the 2015 number!

I’ll be asking the same 5 questions as last year, with an added bonus question for 2016 (I’ll do a different bonus one for 2017, and so on) that’ll add to the overall flow.

Here are the 6 questions I asked:

I’ll systematically go through each question and give some correlation to last years results, then do a final correlation between the answers I got this year to see who’s really making the most money, and how.

Unlike last year, I’ve put together a pretty cool statistical infographic for everyone​.. Feel free to share it where you see fit.

It’s likely down to my reader base that the vast majority of SEOs here are grey hat.. Though it’s good to see we’ve had input from pretty much every side of the industry. ​

I’d like to add that my favourite technique (that didn’t even make it to the top 6) this year has been sponsored guest posts.. Paying off bloggers.

The results of the survey concluded:

With other honorable mentions being Outreach, Web 2.0 Links and IFTTT SEO.. All of which got over 10 people answering for.

It’s no surprise (to me at least) that PBNs are still the most dominant link building type. They’re the easiest to explain, they allow for the most control over your links and you can use more than 1 PBN per money site, which means the return on investment is normally pretty solid.

It’s good to see that OnPage, Content and Topical SEO are also making it up there.. I’ve had a few rants this year about the tunnel vision people get around link profiles, and don’t rank because they forget the OnPage stuff.

Question #3 – What do you think will be the most important factor for SEO in 2017?

Again, links always win out.. It’s just the simple fact that they’re still (after all these years) the #1 most important ranking factor and it looks like they’ll continue to be that way for some years to come as well.

It was very interesting to see relevancy take the #2 spot.. Seems Google have got a bit clever at seeing niches and their relevancy between keywords – May also link pretty well into the topical SEO side of things.

Ahrefs and SEMRush took the major majority of votes in this one.. With Majestic coming in with a lifeline of 18 people favouring the tool. Other mentions (not so honorable, as most got <10 mentions) were BrowSEO, Screaming Frog and ScrapeBox. There was also various rank trackers and keyword research tools thrown in throughout.. but none had more than 2 votes each.

It’s no surprise how far Ahrefs has come since last year where they tied for first place with Majestic.. They’ve since released an army of high quality, data-driven tools that have simply knocked their competitors out of the water. Likewise, Majestic’s lack of proper content marketing, any significant tool updates and meaningful data updates has seen them drop to 3rd place.. I suspect the 18 people that did vote for them have been in the industry for a lot longer than most and have favoured Majestic throughout.

Question #5 – How much money do you make from SEO?

Obviously, this question is on a per year basis.. And should be what the person earned THIS year.

It’s interesting to see once again the overall majority of people are making less than the average US salary (Just under $51k/year) from SEO. However, it is definitely up (on average) from last years results.. With more people making in between $50k and $250k.. Though less overall hitting that $250k+ lifestyle.

Question #6 – How Has Rolling Penguin Affected Your Sites?

The bonus question for 2016, and one I thought I’d ask as it seems to be the hottest topic of the year.

There were 3 answers to choose from:

Interesting to see that the vast majority of SEOs saw no difference at all, especially considering Google hammered out that this was going to be the most turbulent algo update to date.. Seems they were wrong, yet again.

Who Makes The Most Money From SEO?

Last year, the grey hats took home the majority of the $250k+ earnings using white hat tier 1s (Outreach etc) with black hat tier 2s (PBNs etc) – Will they hold that title this year, or who will win overall?

SEOs who specialized in outreach and PBNs saw the most money, with their favourite tool being Ahrefs (no surprise there) and them favouring relevancy for 2017.

The part about relevancy intrigues me, I’m guessing they’re using a similar style of tier 2’ing with PBNs on niche relevant guest posts/sponsored posts – Which seems to be the most effective technique (though not exactly cheap) this year.

It turns out that I was right, this year not a single person (out of 325) noted that GSA SER was their most powerful tool, in comparison it took the #3 spot last year. Whilst Ahrefs growth is really not surprising, any wannabe SEO tool company should look at how they’ve done their marketing and tool investments.

I was pretty surprised to see that outreach was raking it in for so many people, whilst at the same time, not surprised at all to see PBNs being the #1 most used technique and accounting for the majority of the top earners main technique.

Don’t worry, this isn’t the last post of 2016 by me, so join my newsletter for updates.

Don’t forget to drop a comment with your thoughts on this survey (and it’s results) below.

PrevPreviousGoogle Target Me (Again)
NextThe Best In SEO, 2016Next