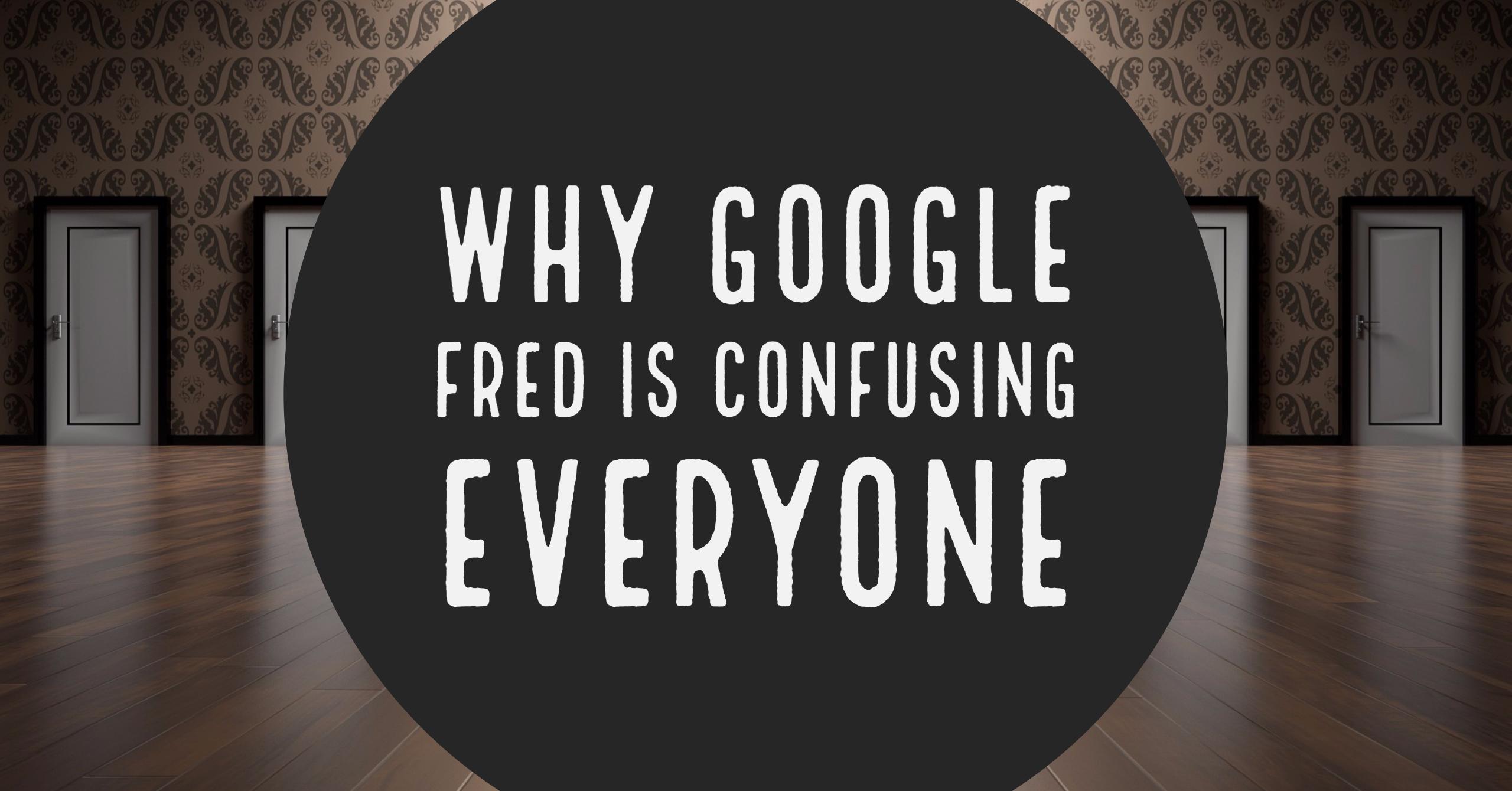 Why Google “Fred” Is Confusing Everyone

I dive into Google's most recent update, aptly named: Fred - And why it's confusing the heck out of everyone.

Why Google “Fred” Is Confusing Everyone

If you haven’t heard of the Fred update, then you’ve likely been hiding underneath a rock – It’s been the centerpiece of SEO discussion for the past few weeks now and has resulted in sites fluctuating all over the place.

Where Did “Fred” Come From?

With Penguin, Panda, Hummingbird and every other animal named algorithm update coming.. “Fred” may seem like a bit of a weird name.

That’s because it is.

It’s not the name given to a singular update like everyone seems to think, but instead the name Gary Illyes (think of him as the new Matt Cutts, even though he’s been around for a fair amount of time himself) gave to Barry Schwartz when asked what he’d like to name the most recent update.

sure! From now on every update, unless otherwise stated, shall be called Fred

This tweet shows something bigger though – That Barry actually named it Fred, when Gary quite clearly states that this was a core algo update.

WTF Is A Core Algo Update?

Literally what it says on the tin.. It’s an update to how the entire algo evaluates sites – Not just a specific section update like links or content.

It’s extremely unlikely that “Fred” aka the 4th of March update was uniquely targeting aff. sites and/or spam ads like Barry said originally, which is what I explained in my video:

Instead it looked to be hitting niche relevancy.

Not Just One Update

Ok, the main precipice of why everyone’s been losing there heads over this update is because it’s not a singular update.

Of course, Barry runs a news site and wants to be the first to break any major story – Especially as it’s the biggest news site in the industry.. Which means (in my opinion) an overall lack of foresight was given to what could of actually caused it. Barry went in and analyzed several sites within around ~24 hours of the update hitting, however it’s extremely likely now that within a 72 hour time frame that 2 updates happened – A core algo update and another update that targeted links, which is why so many people were reporting there PBNs getting struck off as a result of Fred.

This is why a lot of people were reporting that sites that had been hit by previous major Penguin updates had started seeing gigantic recoveries when “Fred” hit:

Then comes the update a few weeks later around the 30th / 31st of March.

This seemingly went after knowledge panels and related questions.

Seeing big movements in Knowledge Panels and Related Questions over the past 2-3 days — https://t.co/zezk9DD2bT

I can confirm this, as I noticed 3 of my aff. keywords getting knocked down/up due to either me or my competitors taking a spot in the knowledge graph – This update seems to be moving knowledge graphs into non-question related SERPs, which shows Google’s progression towards voice search which often doesn’t come in question form but can still have a ~paragraph answer.

As this is so early on, it’s a bit unclear what this update is, but it seems to be sending major ripples through the community.

There are 2 sides to what people think this update is:

I’m more inclined to say it was the Penguin refresh happening after the one in early March – A month of data from the Penguin update that happened in March seems like a very good starting point to do a further update like this one.

Several of my sites that saw increases on the 4th also had recently seen a large increase in strong links – Mostly guest posts on authoritative/niche sites. I will also note that 2 of the pages that saw the most dramatic increases had very low anchor ratios, around 4% – 7% for LSI/Exacts combined.

It does make sense that people would confuse the core & penguin update in March, for a reversal to happen on the 4th and correlating that to hitting this one.

From my own perspective, it seems to be a core algo update targeting niche relevancy and a penguin update that targets what penguin normally goes after – Low quality links and anchor ratios.

If You’ve Been Hit

Separate the dates, correlate the sites that have seen drops/increases from your end and see which update has hit which site – Then you can plan your recovery from there.

I hope this post didn’t confuse you even more and helped put you on the right track to combating this array of algo updates.

If you’d like to stay more informed about the latest updates then join my email newsletter down below – I’d also love to hear what your guys thoughts & opinions are on this subject, and if you have any data on sites hit/improving.